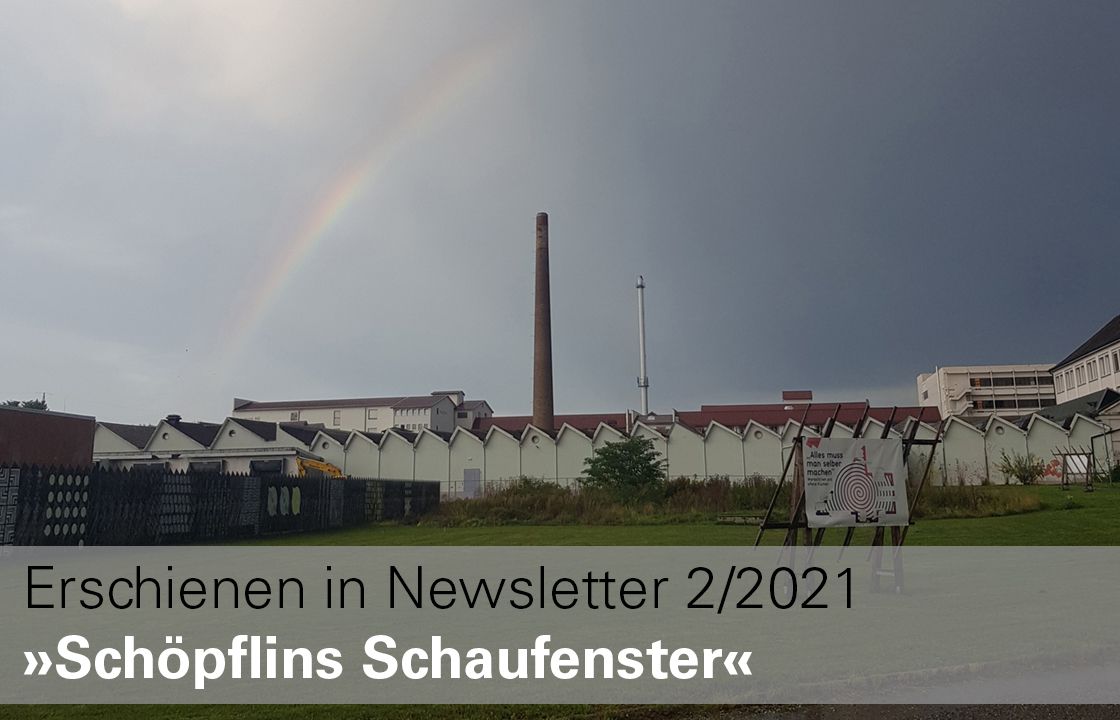 Using the ‘knowledge of the many’: urban development as a collaborative process

What should community spaces look like in the future and how should they function?  Those were our starting questions when we launched our open, public-consultation planning process for a new kind of urban development.  It’s a process that we – here at the Schöpflin Foundation in Lörrach – have been testing over the past four years in collaboration with the local community.  It all began with 15,000 square meters of undeveloped land in the heart of our hometown of Lörrach-Brombach, directly across the street from the site where the Foundation has its origins.  The idea was to create something new on the Foundation's vacant lot.

Although the initial planning competition produced a much-praised design for a residential quarter, it did not get to the heart of what we had in mind, namely to create a place where togetherness is paramount – a place built to be grasped, used and brought to life by all of us.  We realized that such a place could not come into being without the involvement of the people for whom it was intended. The Foundation decided to carry out an experiment: the lot became a testing ground where democracy and participation were to be tried out and experienced in very different ways.

To achieve this, the Foundation engaged a team led by artists Christoph Schäfer and Margit Czenki.  In 2014, they founded what is known as the “PlanBude” (or planning den) in the St Pauli district of Hamburg – and have since turned the urban planning rulebook on its head.  They use art-influenced approaches to focus on new ways of thinking about cities and how to build them.  To do this they make full use of the "knowledge of the many".  They came up with the name “FABRIC” for the new Schöpflin site.  The name is intended to reflect the fact that this approach to designing and developing the site is all about exploring and strengthening the social fabric of the area.  It is also a nod to the region’s textile-industry heritage.

In April 2018, the FABRIC team started the six-month "what-would-you-like-to-see-happen?” (or ‘wish-list’) planning process in Lörrach.  Neighbors, Lörrach residents, Foundation employees and guests were all invited to contribute their wishes and ideas for the neighborhood.  A so-called ‘planning kiosk’ was set up specifically for this purpose.  The kiosk provided people with numerous creative and surprising tools to help them come up with ideas.  They could draw, paint, knead and build the future of the site – or conceive it as a soundtrack … or simply dream (of it).  All the ideas and designs were documented and collated into a so-called ‘wish-list archive’.  In the end, over 1,600 suggestions were collected in this way.

In February 2019, the results of the ‘wish-list’ were presented to the public.  They were then condensed into thematic clusters and – as part of an urban planning feasibility study – their feasibility was assessed.  The FABRIC team acted as a sort of ‘wishes advocate’ and made sure that all suggestions were given due consideration.  And while this process was underway, the site had a transitional function, as it was given over to events and services to which local people were invited.  These covered everything from pop-up summer cafés and self-assembly swimming pools, through bobby car racetracks and mobile pump tracks.  This future neighborhood is therefore already a place that families and young people in particular like to visit regularly.

The wish-list process and the feasibility study were then followed by another crucial phase of the project: urban planning, in which the wishes and ideas were translated into concrete and feasible proposals.  And for this stage of the process, too, the Foundation decided to use the ‘knowledge of the many’ principle.  We used a collaborative ‘workshop’ process – highly unusual for urban planning – which meant bringing together four international architectural firms as well as landscape architects, mobility experts, and energy and climate experts.  They were commissioned to jointly develop a concept.  They worked together with the Basel project development office, denkstatt sàrl, and an advisory board that included Prof. Dr. Christiane Thalgott, former Munich city planning councilor; Markus Müller, President of the Baden-Württemberg Chamber of Architects; and Andreas Ruby, Director of the Swiss Architecture Museum in Basel.  The advisory board also included representatives from the Schöpflin Foundation; the Mayor of Lörrach, Monika Neuhöfer-Avdic; and the municipal administrator of Brombach, Silke Herzog.  This six-month process came to a successful conclusion at the end of April.

The results of all the phases of this experimental and intensive participation process have confirmed to us that it is not only the goal that is key, but also the way one gets there – because this has an impact on the end result.  The design that emerged from the workshop process – which incorporates and reflects the wishes of the citizens in many different ways – focuses on togetherness, which is also exactly what the Foundation had been hoping for.

The plan and design now include public workshops and workshop spaces plus accommodations designed for various forms of cohabitation.  On each of the first floors of what will be up to seven buildings there will be public or commercially available space.  The public demand for low-cost food will be met by a canteen and a café where people can come together without being obliged to consume. The Foundation will also move into one of the buildings, the idea being to make full use of the location to increase our contact and interaction with local people.  All the buildings will be located in a park; and at the heart of this low-traffic neighborhood there will be large open spaces that invite people to make full use of them.

It will be some time yet before the project becomes a reality – with completion of the first buildings not expected before the beginning of 2026 at the earliest.  But we, here at the Foundation, can already say that this complex process has been well worthwhile. For us, it is further proof of the power of a ‘bottom-up’ – rather than a ‘top-down’ – approach.  This approach not only produces the best ideas and most creative solutions; when done as part of a collaborative process, it also puts the community and public spirit at the very center of a project.   The result is that the ‘knowledge of the many’ becomes the ‘benefit for the many’.

This article was first published in the 02/2021 edition of our Newsletter »Schöpflins Schaufenster«.
Text: Larissa Wegner, Schöpflin Stiftung

Don’t miss the next edition! Use our registration form to register your details.