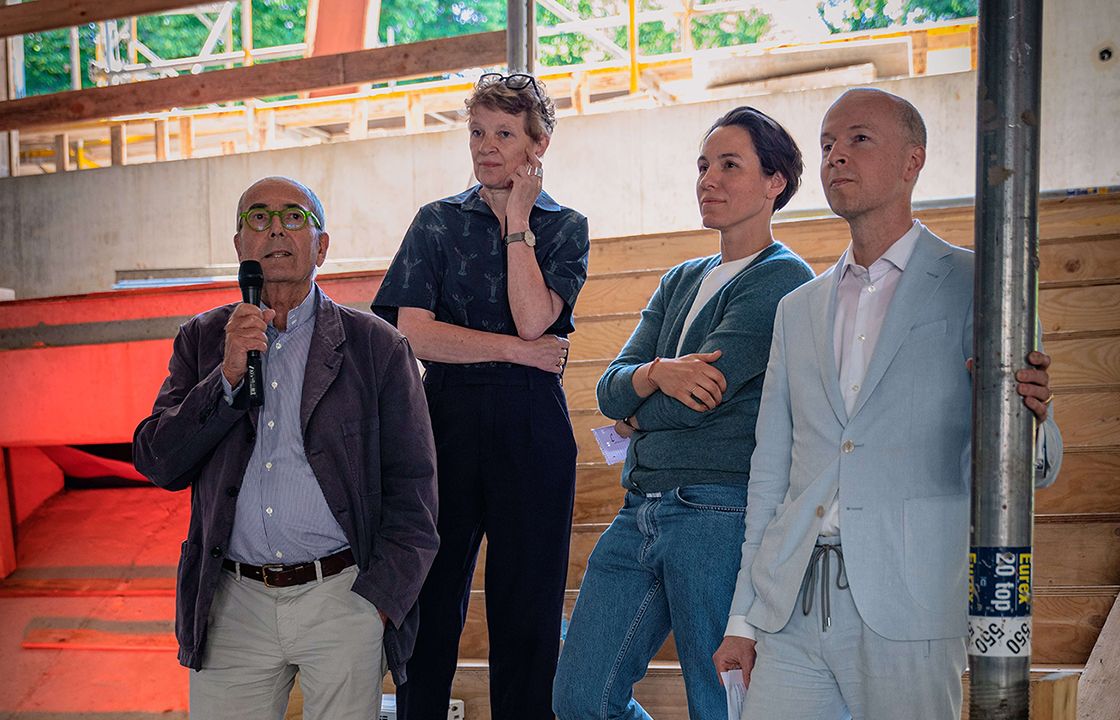 "PUBLIX", our House for Journalism and the Public currently under construction in Berlin-Neukölln, has celebrated its topping-out ceremony on Friday, 10th June. Our founder Hans Schöpflin, managing director Tim Göbel and PUBLIX founding director Maria Exner could celebrate this important milestone together with 200 guests, among them the mayor of Berlin-Neukölln Martin Hikel (SPD), the two members of parliament of the district Andreas Audretsch (Greens) and Hakan Demir (SPD), as well as many people involved in the construction of the building and future users.

In his opening speech, Tim Göbel emphasized: "As the Schöpflin Foundation, we have been promoting nonprofit-oriented and innovative journalism for many years - with "PUBLIX", from the end of 2023, there will be a new home for all those who do journalism, shape the public sphere and thus strengthen democracy. Founding director Maria Exner, who only moved to PUBLIX in mid-April from her position as editor-in-chief of ZEITmagazine, added: "I'm looking forward to the work of the next months until the opening and to what the powerful coming together of the media industry and civil society can achieve at this location."