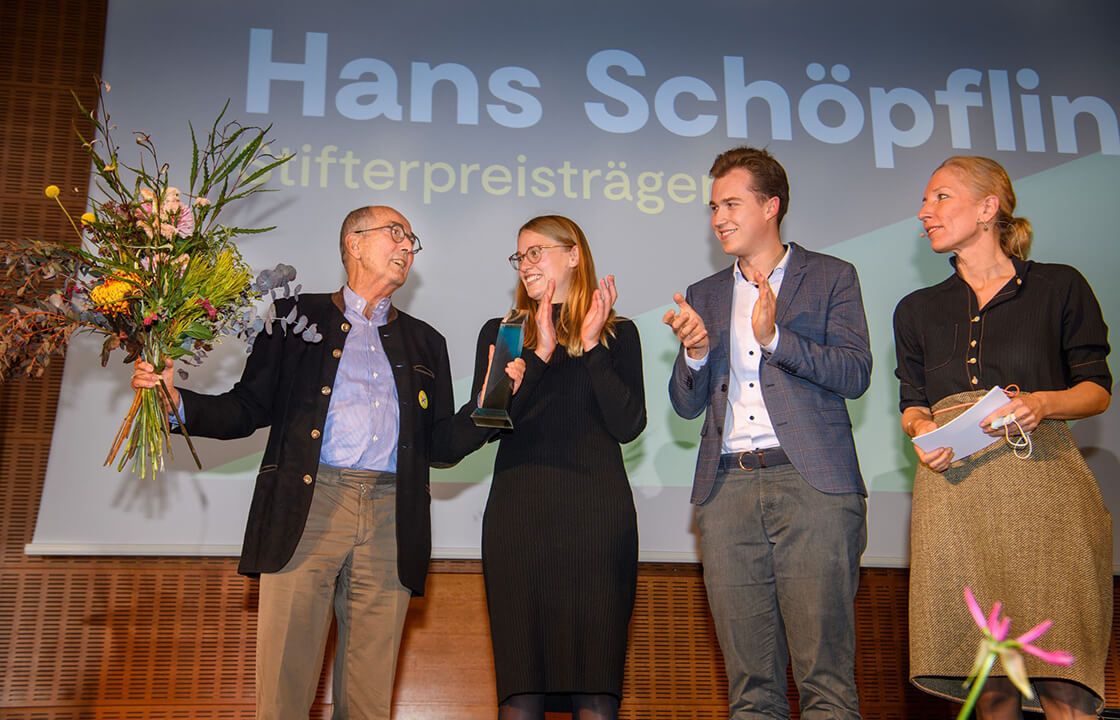 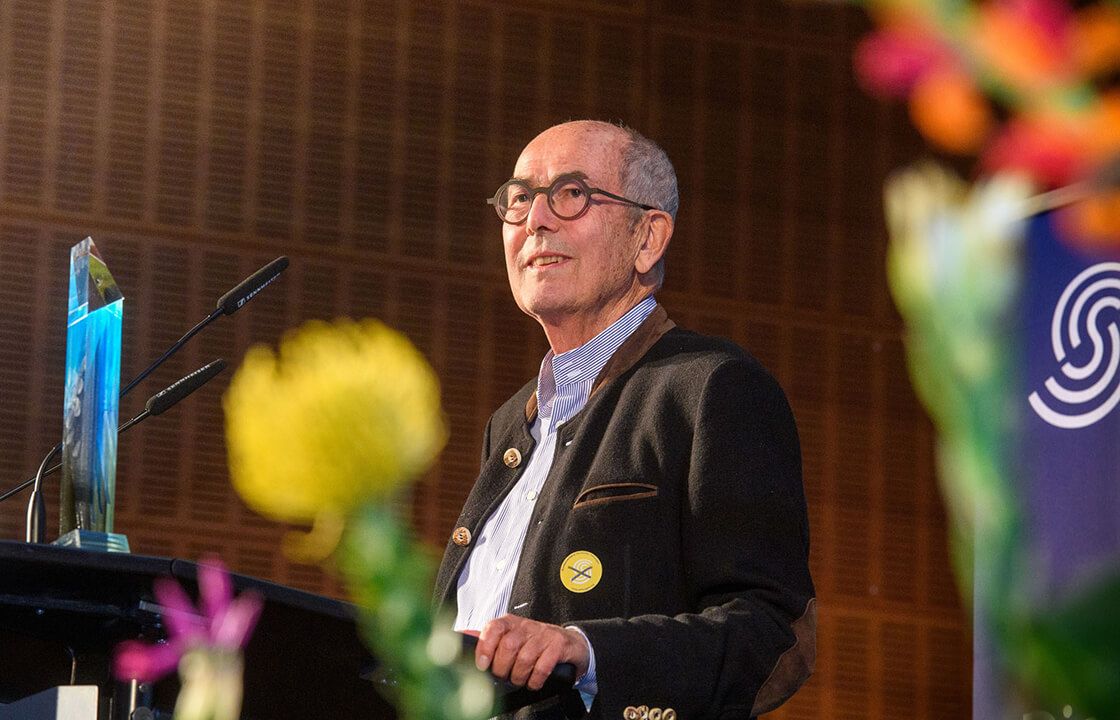 On November 11, 2021, Hans Schöpflin was awarded the German Donor’s Award in Frankfurt am Main – the highest honor in the German foundation system. In her tribute to the award winner, Friederike von Bünau, Chairwoman of the Board of the German Foundations Association, praised Hans Schöpflin for being a "courageous person. With the courage to take risks and the knowledge that failure is an inseparable part of success, he seeks solutions to major social challenges of our time, with an entrepreneurial approach and shaped by his 40 years of experience as a successful venture capitalist in the USA.

The importance of such risk-taking, especially for young NGOs and social enterprises, was emphasized by Henrike Schlottmann and Philipp von der Wippel in their laudatory speech at the award ceremony. With their organization ProjectTogether, our funding partners carried out two successful campaigns under the auspices of the German government during the Corona crisis. But without Hans Schöpflin's leap of faith, they both explained, their organization would not exist in this form today. They called for more sponsors willing to support people in the realization of innovative solutions, even if they initially had little more to offer than enthusiasm for an idea and the unconditional will to implement it.

Hans Schöpflin picked up this thread in his acceptance speech: He called on the foundations present at the ceremony to act more collaboratively in order to have a greater impact. For only together can we overcome the major challenges of our time, such as climate change, digitization and social division, and strengthen our democracy.

A video recording of the award ceremony is available here on the YouTube channel of the Association of German Foundations.