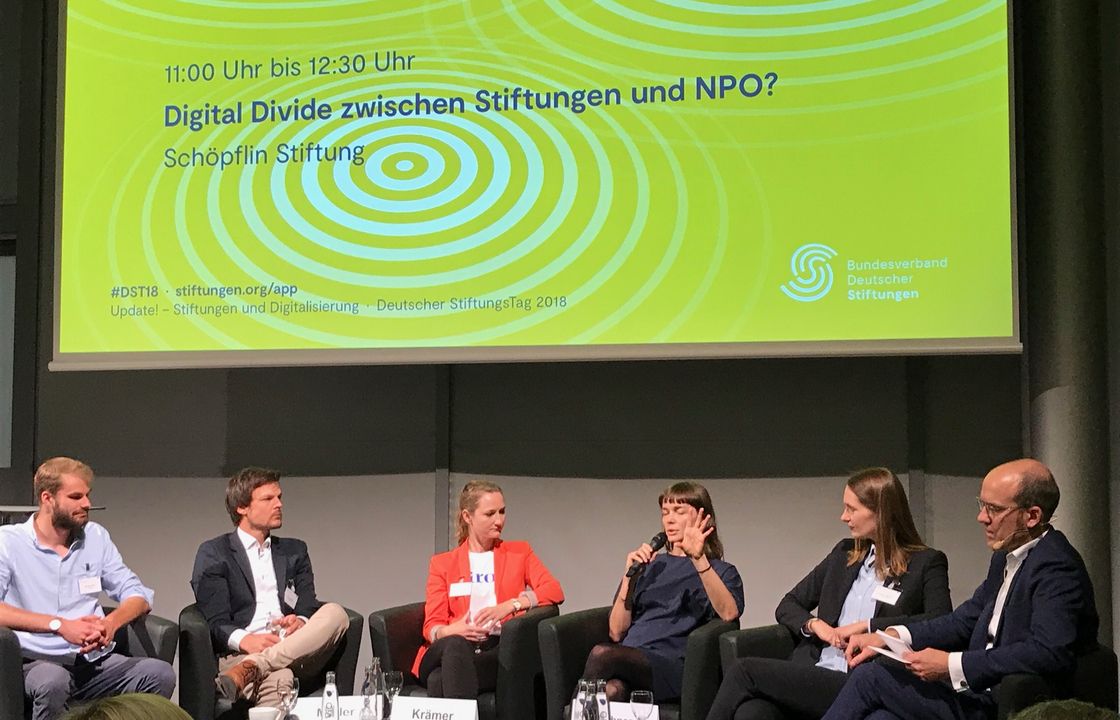 The Schöpflin Foundation at the Association of German Foundations 2018 Conference

This year’s Schöpflin Foundation panel at the Association of German Foundations 2018 Conference tackled the issue of whether digitalisation is in fact leading to a divide between foundations and their grantees. While foundations are often still very much rooted in analogue structures, for a new generation of social enterprises digitalisation is »the infrastructure needed to push through change in the real world«, to quote Romy Krämer, Managing Director of the Guerrilla Foundation.

The starting point of the discussion was the observation that there is a mental gap between NGOs and foundations. There is often a marked difference between the bureaucratic processes deployed by foundations on the one hand, and the agility and flexibility of the new generation of NGOs on the other, with NGOs operating much more like start-ups. The suggestion was made that foundations could in fact view their grantees as a resource and learn from them. On the whole participants felt that foundations still lack courage and flexibility – for example when it comes to recruiting staff or reallocating grant funds – and consequently, it was said, they fail to learn from mistakes and failures.

Tim Göbel, the Schöpflin Foundation’s Managing Director, summed up the panel saying, »the aim of the event was not so much to come up with ready-made solutions, but rather to give impetus to ideas and stimulate debate«.