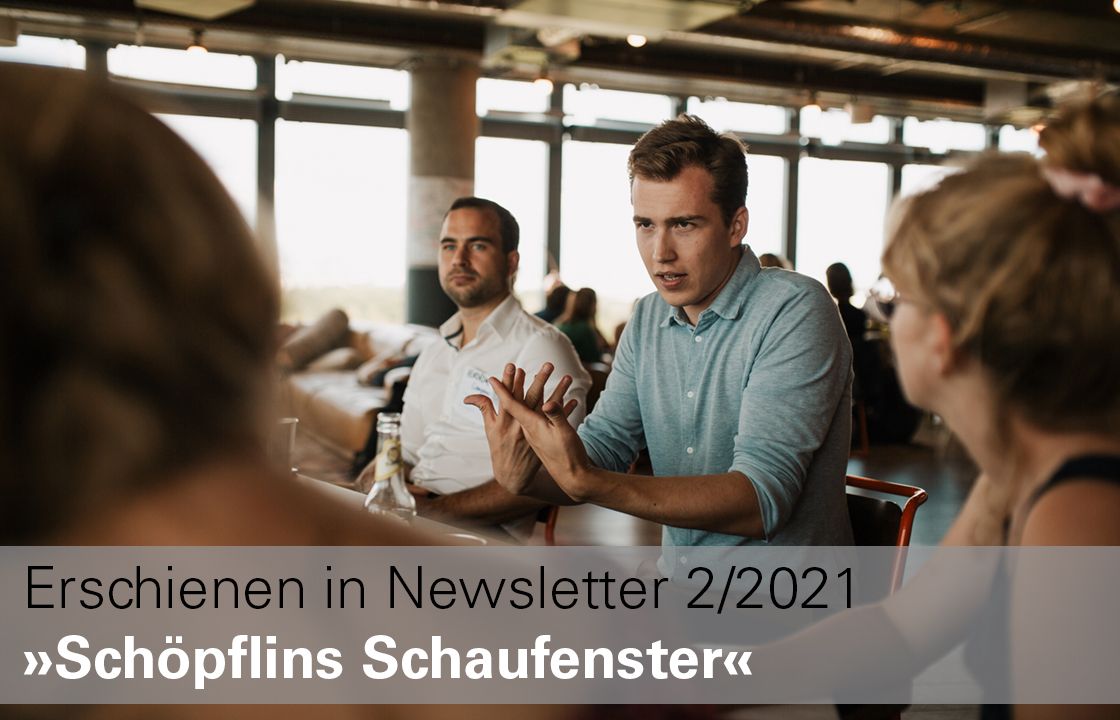 From utopia to reality: “open social innovation” as a new instrument for solving challenges facing society as a whole

For over a year now, societies and governments around the world have been tackling the challenge of the Covid pandemic.  We are currently experiencing a period of relief and hope in Europe, but the full social and economic consequences are not yet clear.  It is certain, though, that this crisis is only a foretaste of the far-reaching transformation that we as a society will have to achieve in the next five years in order to secure a future that is fit for our grandchildren – in other words, one that is humane, climate-neutral and democratic.  As such, the pandemic heralds a turning point: ‘business as usual’ is no longer an option.  If we do not resolve to change course now, we will be heading – eyes wide open – for "tipping points" that, once crossed, will cause irreversible chain reactions and immeasurable damage.

But what sort of problem-solving processes will enable us successfully to change course? Who are the appropriate actors to implement such a change? Which instruments and strategies do we need to master complex social problems?  These questions have been on my mind since my early youth – prompted by the initial and overriding question of what could be an effective way to get involved in society and make a difference.  I quickly realized that it wasn't just me asking these questions: many people around me were asking them too.  The central question about making a difference then evolved into what is now my mission.

ProjectTogether was born during my three-month student exchange in England in 2012.  One of the first students I met there was Ebrahim, who had fled the civil war in Syria with his family.  Ebrahim felt a strong desire to do something for his homeland, even though he was now many miles from home.  What bothered him most was the lack of empathy shown by our English classmates: they were not particularly interested in the humanitarian catastrophe taking place in Syria.  In one of our conversations, we suddenly had an idea: what if our classmates didn't just hear the dry facts about what was happening in Syria on BBC News, but could actually talk directly to young Syrians of our own age?  And then it was a case of no sooner said than done.  We started having live video conferences as part of the school's weekly morning assembly.  The response far exceeded our expectations: these face-to-face conversations with young people in war zones created a wave of compassion and bewilderment.  A week later, three other schools launched their own versions of the video conferences – and soon the initiative was spreading at lightning speed across the region.  A few weeks later, Ebrahim and I were contacted by the British Member of Parliament for the region – who offered to actively support the initiative and take it nationwide.  In July 2012, the initiative – with the support of the Prime Minister – was presented to the House of Commons, the intention being to persuade as many MPs as possible to take the idea of the awareness campaign back to their own constituencies.

Shortly after this I had to head home to Germany – and back to 10th grade.  But this sense of having a real impact had changed me.  The experience taught me that anyone – even a couple of 16-year-old students – can set something in motion; and that, in turn, convinced me that the "bottom-up" approach is the right way to achieve change.  What if thousands of people could, in parallel, devise and develop solutions to social challenges?  And what if they were given the chance to try out their ideas on a small scale?  And what if decision-makers then took notice of the successful solutions and scaled them?  This is the idea behind "Open Social Innovation", a method in which a public call goes out to all sectors of society (civil society, and the public and private sectors) to participate in the development of society-wide solutions and innovation processes.

I shared my thoughts with friends and acquaintances and found that many were of a similar mind.  In the beginning, we were just a handful of students with a vision, but as each month passed, our team of volunteers grew.  We carried out many experiments and developed the first prototypes – ranging from a peer-to-peer coaching program to school workshops.  And at the center of it all was always the same question: how can this approach be scaled in order to implement a new process for social involvement and cooperation?  Few dared to give us any serious support.  But one of our first funders was the Schöpflin Foundation which, in 2017, invested "venture capital" in us.  This leap of faith gave us the chance to prove that digitalization unleashes a new coordination capacity for Open Social Innovation, thereby allowing us to organize involvement and cooperation projects from the bottom up.  We were subsequently able to grow as an organization in such a way that last year, as part of the #WirVsVirus hackathon (looking at how society can tackle the corona virus), and working with other civil society organizations, we were able – in parallel – to digitally pool the huge number of ideas contributed by 28,000 people and develop 1,500 concrete solutions.   And this year (2021), we have successfully tested this approach for a second time, through the #UpdateDeutschland project.

But those five years have been key – they have shown the difference between utopia and reality.  Politicians seem to have understood that tomorrow's problems cannot be solved using yesterday's solutions.  We can only tackle future challenges together, using the ideas of the many; and there needs to be a broad acceptance for all measures that may need to be taken, including uncomfortable ones that, for example, climate protection will demand from all of us. To achieve effective cooperation between citizens and the state – in other words, between "bottom-up" and "top-down" – we need to rethink participation and enable genuine involvement and cooperation.  We need to update our "operating system" – in other words, we need to re-think HOW we approach social problem solving.

Philipp von der Wippel is a co-founder and the managing director of ProjectTogether. After graduating from high school in Munich, he worked for the BMW Foundation Herbert Quandt and for Germany’s Ministry of Finance G20 Task Force in Berlin.  He studied PPE (philosophy, politics and economics) at Oxford University.

This article was first published in the 02/2021 edition of our Newsletter »Schöpflins Schaufenster«.
Don’t miss the next edition! Use our registration form to register your details.