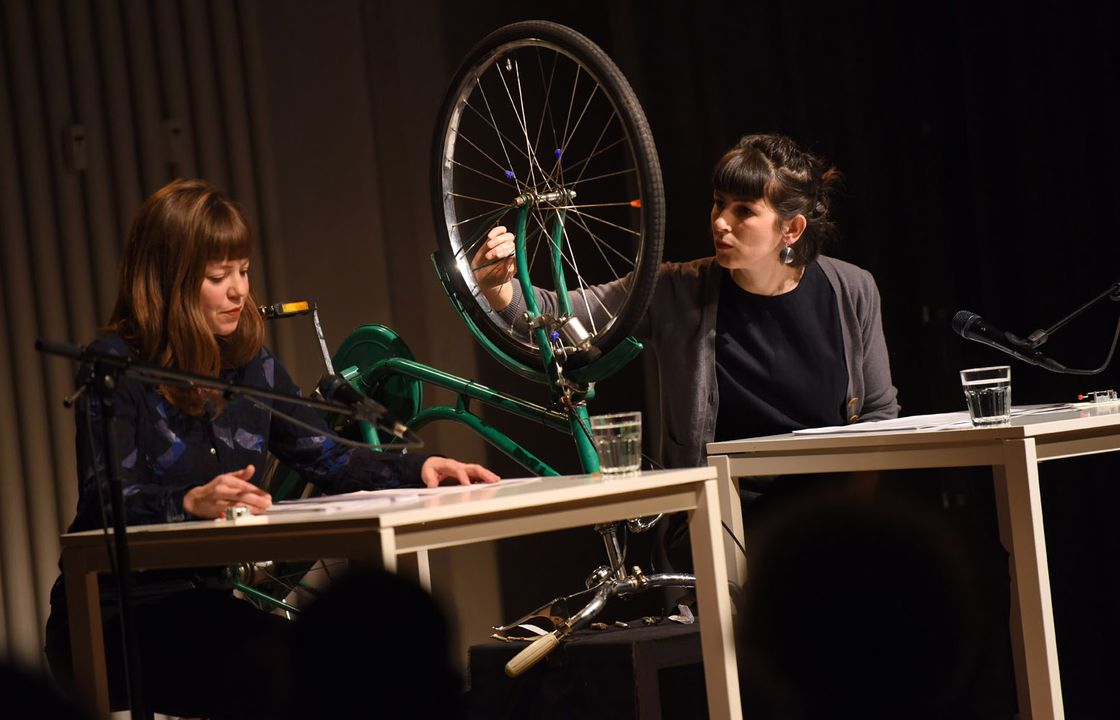 Now in its third year, the Wintergäste Reloaded season has once again proved to be an outstanding success. We welcomed more than a thousand people to our nine lectures which took place in the Schöpflin Foundation’s Werkraum in Lörrach; the Druckereihalle venue at Ackermannshof in Basle; and in the Reithalle on the Wenkenhof Estate in Riehen, Basle.

The event featured staged readings – adapted and devised by the playwright Marion Schmidt-Kumke – based on texts by Philip Roth (»The Humbling«), Arthur Miller (»Death of a Salesman«), George Saunders (»Tenth of December«), Don DeLillo (»The Angel Esmeralda«) and Toni Morrison (»God Help The Child«). The readings enable audiences to focus in and concentrate on the actual texts themselves. We also gave carte blanche to a young female playwright and acting duo who staged a performance of Emma Cline’s debut, coming-of-age novel, »The Girls«, which has hints of the Charles Manson story.

Wintergäste Reloaded is a co-production by the Werkraum Schöpflin and the Basle-based association, Wintergäste. Financial support is provided by the Schöpflin Foundation; the municipality of Riehen; the Sulger Foundation; and the Basle non-profit organization, Gesellschaft für das Gute und Gemeinnützige (GGG).