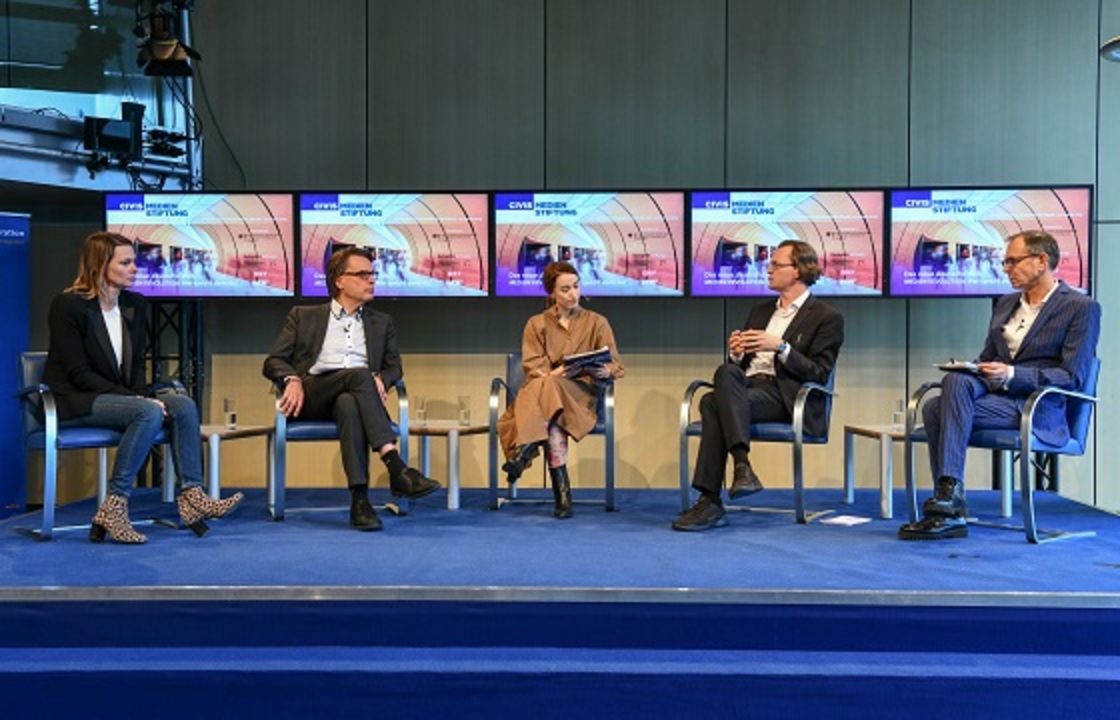 Once again, this year, the CIVIS Medienstiftung (European Media Foundation for Integration) held a conference entitled »The New German ‘WE’«. The event took place on 10th January at the Berlin Academy of Arts. It was attended by distinguished guests and speakers from the worlds of politics, science and the media. They came together to discuss the challenges posed by the digital revolution and its impact on the media.

At this year’s conference the key issue was how – in an age of FAKE NEWS, tub-thumping populist speeches and fraud – the media can counteract a growing loss of trust in their own industry while at the same time stopping the enemies of democracy driving a wedge through society. The speakers included the German Minister of State for Integration, Annette Widmann-Mauz; the Director of the German broadcaster, Deutsche Welle, Peter Limbourg; and the spokeswoman for the Chaos Computer Club, Dr Constanze Kurz. The Director of our Flight and Integration Program, Anna Häßlin, and the Director of our Non-Profit Journalism Program, Lukas Harlan, were also guests at the event.

As an independent, non-partisan and not-for-profit organisation, the CIVIS Medienstiftung actively monitors the formation of opinion in the media on socio-political issues relating to the European immigration society. The CIVIS Media Conference provides an important forum for European debate. »Das neue deutsche WIR. MEDIEN REVOLUTION: Wer spricht denn da?« (‘The New German WE. MEDIA REVOLUTION: who’s behind the message?’) is the Foundation’s 11th media conference. Like last year, the conference once again received a grant from the Schöpflin Foundation and was jointly organised by the German Minister of State for Migration, Refugees and Integration; by ORF (the Austrian state broadcaster); WDR (West German broadcaster); and the Freudenberg Foundation.

Click here to read a summary – produced by the Freudenberg Foundation – of the various contributions. You can also see recordings of the conference presentations and panel discussions by going to www.civismedia.eu