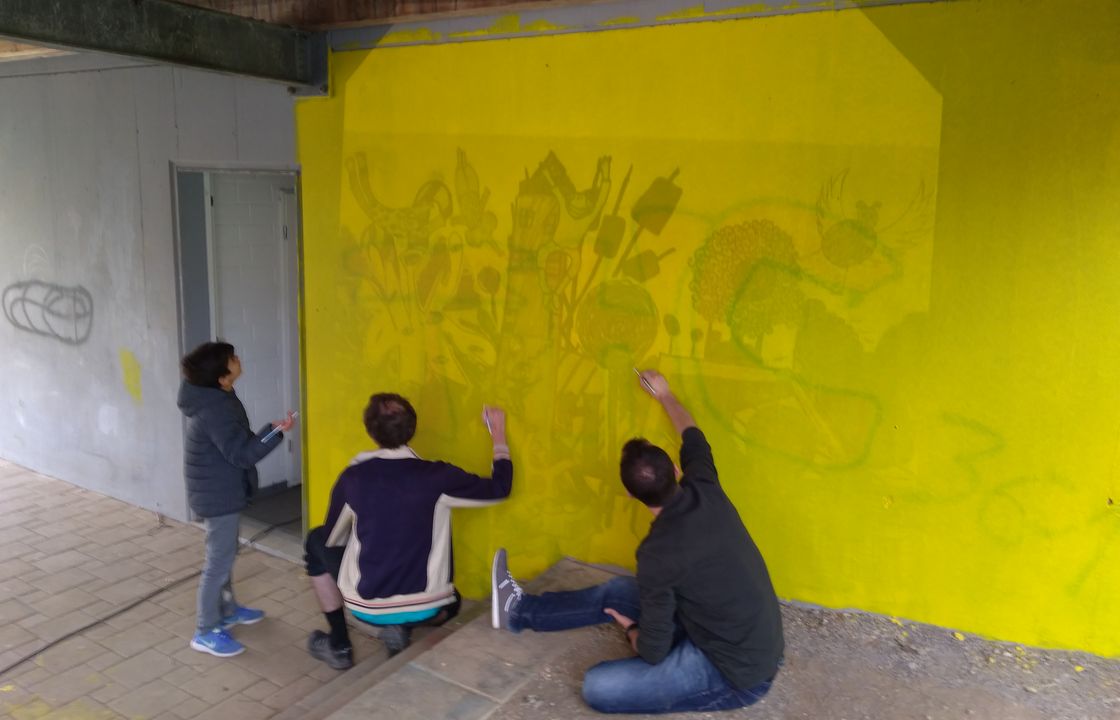 The »Make Comics Great Again« project week ran from 9 to 15 April this year. It was organised by Juliette Marchet, Fanette Candahl-Touta and Dimitri Paulin – all of whom work with Franco-German voluntary cultural services at various cultural centres in the town of Lörrach. Their starting point was to bring people together using art as a means of expression and of exchanging ideas. One of the reasons for choosing comics was that comics in Germany are clearly viewed very differently from the way they are in France – where they are far more popular. And using comics and comedy as an art form and a means of tackling and discussing the realities of life was also very close to the hearts of the event organisers.

Comedy illustrator Ernst Niemand from Jena was invited to take part in the project week, and various venues were involved too, including the Nellie Nashorn and SAK Old Waterworks cultural centres; the Comix Time bookshop; and the Lörrach town library. Ernst Niemand gave interactive readings and ran free workshops for children, young people and adults on comedy illustrations. By the end of the session the group had, together, created a mural called »childhood and living together«, a theme selected by the children themselves. While the organisers may well have been hoping for a greater response, all the participants in the project had a lot of fun. And besides being able to take home their own work, participants learned that there is no »right« or »wrong« when it comes to using art and drawing to depict reality. They also realised that each one of us can tell stories through pictures.